ThunderBeat is a gifted shamaness, a World Bridger who melds tonal and tribal elements into multidimensional soundscapes. Her harmonies soothe the spirit. Her rhythms awaken the soul.
ThunderBeat is a Native American of Choctaw and Shawnee heritage, and an international recording artist and performer. She has studied at the prestigious Eastman School of Music, and with ritualistic drummer Layne Redmond. For years she has been performing with Mayan Shaman Jose Arguelles (The Mayan Factor). In 2005 she was nominated for five Native American Music awards and won best World and New age Recordings.
ThunderBeat is best known for her activational music and melodic drumming methods. She is also an accomplished author, teacher, composer, and a pioneer in sound healing. For over two decades she has recorded and toured with national and international artists on Major labels, such as: Minds Eye on CBS Records, The Debs on A&M Records, Toys on Secret / Atlantic Records, and with Native American Music award winner Robert Mirabal, Brooke Medicine Eagle, William Two Feather, Callie Chapel, Gregg Braden and Steven Halpern.
She works with and openly embraces Great Spirit. She has traveled to many sacred sites to receive and bring back the ancient knowledge of healing and activational music. She has conducted ceremony in the pyramids and temples of Egypt, at Mount Sinai, the vortexes in Sedona AZ, several Native American sacred lands, and the Mayan temples in Mexico, Belize, and Guatemala.
ThunderBeat has researched and studied sound frequency therapy since 1993. In 1997 she advanced her unique sound healings techniques following her spiritual initiation in the Great Pyramids of Egypt. She has taught drums at the world famous Sam Ash Music, and at a Long Island New York drum center for 10 years. Her healing concerts have empowered many people around the world.
As a certified Reiki Master, her teachings include all natural healing modalities - sound healing, chakra awakening, color- sound-light therapy, herbal treatments, crystal healing, tuning forks, drum workshops, sacred breath work, house healing, and aura repair. In 2005 she won a Beacon of Light award for her inspiration, creativity, wisdom, compassion, transformational music and service to the community and the world. 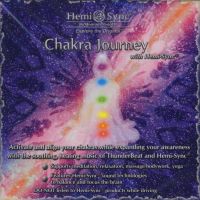 Activate, clear, and align your chakras while expanding your awareness with the soothing, healing music of ThunderBeat and Hemi-Sync®. A gifted shamaness and award-winning musician, ThunderBeat has…

Activate, clear, and align your chakras while expanding your awareness with this visual meditation combined with the best selling Metamusic® title by ThunderBeat. Experience beautiful sunsets,… 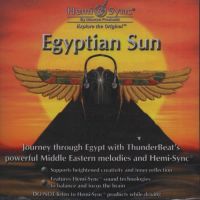 Feel your consciousness expand as your imagination takes flight with this combination of Middle Eastern inspired music and Hemi-Sync®. Using her gift of activational music, ThunderBeat has crafted a… 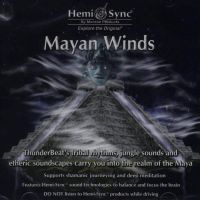