CD Eternity Within, CD Voyage to the Other Side

Frank Danna is originally from upstate New York, but has been living in Phoenix for the past twenty years. In that time he has worked with many different artists in the studio as well as live performances.
Frank was inspired to research some of Robert Monroe’s writings on OBE’s after experiencing one himself. After reading Mr. Monroe’s books he decided to write some arrangements, submitting Voyage to the Other Side and Eternity Within to the Monroe Products’ Metamusic® category. Frank will submit more arrangements for Metamusic for consideration the future.
He is also a songwriter and studio musician, and has written and produced a Contemporary Jazz CD, Dimensional Visions which you can view and listen to atwww.myspace.com/frankdannaguitar. He is working on his next CD’s which, hopefully, will be completed in the winter of 2009. 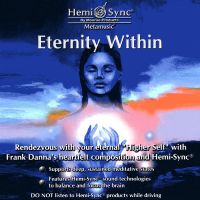 Rendezvous with your eternal Higher Self with Frank Danna's heartfelt composition and Hemi-Sync®. The ethereal music of Eternity Within was inspired by Robert Monroe's own experiences described in…

Voyage To The Other Side CD 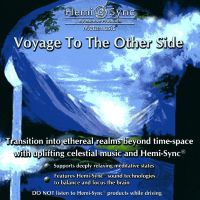 Enjoy deeply relaxing meditative states as you transition into ethereal realms beyond time-space. Daily burdens fall away as you listen to Frank Danna's emotionally engaging celestial music and Hemi…