"I simply close my eyes and imagine what it would have been like to exist in another time, another place, and then the music comes."
Deborah Martin's passion is to visualize and create music that takes each listener on a journey through time and space. With a vivid imagination and a deep love of historic places and peoples of the past, we see her as being blessed; for they are few, those visionaries, who can bring forth into the present, and into our hearts, the spirit of that which has been so utterly lost in antiquity.
Deborah has traveled extensively throughout Europe, Asia, and the North American continent, experiencing firsthand the diversity of cultures and the historic threads that weave together connecting us all. This perspective enables her to recognize and uncover links between present and past, and to interpret the resulting panorama with a compositional style all her own.
Deborah joined Spotted Peccary Music in 1991, with musical contributions on the album "Tracks in Time." Deborah states, "I wanted to combine visual elements of places, people and events of long ago with sound." Her three compositions, "Tracks in Time," "Watercolors," and "Forgot In Stone" did just that and much more.
Continuing to be inspired by the past and by the enthusiastic response of the "Tracks in Time" compositions, Deborah created "Under the Moon", which received extensive airplay at the 1996 Olympics in Atlanta. "Under the Moon" takes you on a compelling voyage, from dusk till dawn, by lunar light and shadow, to an inner realm of serenity and grace. Deborah enlisted the aid of noted bassist and friend, Tony Levin, in bringing her vision to life, creating a truly magical experience for the listener.
Following the success of "Under the Moon" Deborah began working on "Ancient Power" collaborating with Steve Gordon. "Ancient Power" was pure magic from the beginning," states Deborah, "everything just fell into place." Deborah worked closely with Edgar Perry, a White Mountain Apache of the Eagle Clan, to complete the project. "Edgar told us stories of the history of his people. It became the basis for the music, which comes from a very deep and ancient place within each one of us."
Deborah joined again with guest artist and friend Tony Levin for her next solo musical vision. Both delicate and powerful, "Deep Roots, Hidden Water" provides whispery melodies and lush, haunting chordal movements that fans of Deborah’s music have come to expect and enjoy. The canvas for the dramatic coloration of this project is enriched with bowed basses, textural guitars, and Taos Drums. With Coyote Oldman contributing tracks of various Native American flutes the journey was completed. The effect is simple and sublime. Deborah explains, “I wanted to continue exploring paths of how we came to exist, to search deeper into the legacy of our past - the imprint of our footsteps through time.”
After the release of "Deep Roots, Hidden Water", Deborah continued to work on various collaborations with other recording artists to create that elusive musical magic that seems to happen when artists combine creative ideas together. “I love working with other artists,” Deborah explains. “You never know what’s going to happen and then all of a sudden, there’s an explosion of ideas and the music just flows. It’s very stimulating and exciting.”
“Convergence" was a collaborative result of live concert performances with fellow Spotted Peccary artists Greg Klamt and Mark Rownd. "Convergence" is a magnificent contemporary album, warm and inviting, a truly unique listening adventure.
After the release of "Convergence," Deborah embarked on a journey with artists Cheryl Gallagher and Mark Hunton. Recording the sights and sounds of the peoples of Nepal and Tibet they experienced firsthand the majesty, beauty and spirit of that ethereal part of the world so often referred to as "the land above the clouds." Deborah and Cheryl began work on a project based upon the experiences of the trip. The resulting ">Tibet" is full of richly textured and highly expressive musical impressions intended to take the listener on the same journey these artists had experienced. Critically acclaimed and embraced by all who hear it, "Tibet" remains one of the most honest and truly heartfelt albums ever to bear the name of that majestic and inspiring land.
Deborah's most dark and mysterious release to date is "Anno Domini", a collaboration project with Spotted Peccary artist J. Arif Verner. “Anno Domini” returns to historic themes and the connection between past and present while invoking the theme of sacred spaces. On "Anno Domini," Martin and Verner use ambient textures of synth and guitar to set the stage and Deborah’s haunting and beautiful Latin vocal phrases and melodies act as a beacon to guide the way through the depths of the soul.
Whether collaborating with other artists or working on her own projects in the future, Deborah Martin, one of Spotted Peccary Music's highly acclaimed top selling artists is sure to inspire listeners with visions of the past and present; and when the time comes for her to reveal the next installment of her musical saga, it is certain that it will be one for the ages.

Beneath the Moon CD 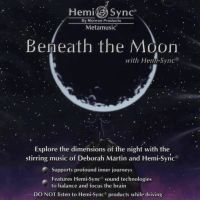 Explore the mystical realm between sunset and sunrise as the enchanting and emotive music of Deborah Martin and Hemi-Sync® lead you on a profound inner journey. As you move through these higher… 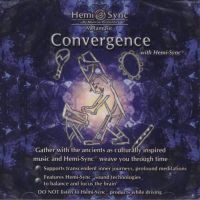 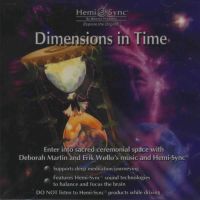