CD Wisdom of the Heart, CD Your Heart's Song

Grammy Award winning producer Barry Goldstein’s musical experience spans many styles and genres, from winning a Grammy with Les Paul for Best Rock Instrumental in 2005, to providing ambient music for Shirley MacLaine. Barry has composed for NBC, ABC, Fox and Lifetime Networks as well as being an award-winning composer for film. He has produced music for EMI, Polygram, Atlantic, BMG and many other major record labels and has worked with some of the hottest studio musicians in the industry.
Barry believes strongly in the healing aspects of music and is a translator of sacred sound and inspirational song. His passion is sharing music, or as he calls it, “the universal language of love” with the world. Barry facilitates private sessions that assist individuals in finding inner harmony and balance.
His music is being used globally, as well as individually in hospitals, hospices, wellness centers, and individual practices. Barry also facilitates stress-reduction seminars in Fortune 500 companies and institutions to assist in creating more focus, clarity, and relaxation in the workplace.
As a performer, Barry has shared music from his critically-acclaimed series “Ambiology” and his inspirational album “The Moment” with audiences worldwide. He has opened up and shared space with New York Times best-selling authors Deepak Chopra, Wayne Dyer, Gregg Braden and James Van Praagh, and has touched the audiences of Marianne Williamson, Neale Donald Walsh, Dr. Michael Bernard Beckwith and Dannion Brinkley. Mr. Goldstein also hosts a radio show called H.E.A.R. on the World Puja Network, and has written articles for Mystic Pop and Planet Light Worker magazines. He facilitates transformational workshops worldwide on Sound Healing and Our Souls’ Journey. He performs concerts internationally—touching people with “music from the heart.” 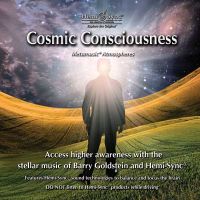 Access higher awareness with the stellar music of Barry Goldstein and Hemi-Sync®.

Wisdom of the Heart CD 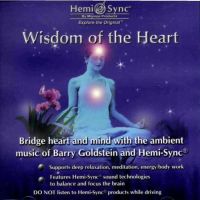 Based on his critically acclaimed series Ambiology, Grammy award winner Barry Goldstein has compiled the most conducive pieces for uniting the heart and mind. These pieces are all composed at a tempo…

Obtain a greater sense of yourself and your life's purpose, live more gracefully and fearlessly, and radiate love as you attune to the vibration of your heart's song. In this verbally guided exercise…