Aeoliah (pronounced: Ay-oh-lee-ya) was born and raised in Germany until he was ten when he immigrated to the US with his parents. He completed his university training at the University of New Mexico in 1975, graduating cum laude with a degree in fine arts. His works of art have been exhibited in well known world museums such as the Art Institute of Chicago and the Stedelijk Museum in Amsterdam. During his early teens, he took formal music lessons on the violin and played in his local high school orchestra. However, his true love was always the piano. In 1979, while he was in process of completing a painting entitled Music of the Spheres, he began to hear tonal harmonies that corresponded to the healing tones and translucent colors in the painting. He then got the idea that light and sound are somehow linked as universal forms of healing energy, and this in turn, became his inspiration and vision to create his first album, Inner Sanctum in 1980.

What started out as impressionistic, improvisational textures of electronic and acoustic instruments blending together in rich harmonic overtones of transparent, ethereal sound, later evolved into more structured compositions which have since, become well known classics of the New Age meditation and healing music genre.

Aeoliah is also well-known among celebrities and health practitioners for the powerful healing techniques of his music. His belief that sound and light are spiritually energized, allows him to compose many diverse and rich musical compositions that bring so much joy, comfort, healing, and inspiration to millions of his fans around the world.

To date, Aeoliah has created over thirty musical recordings available on CD. He has also produced several self-help recordings consisting of guided imagery with his meditation music. He is currently completing his third book, "The Liquid Light of Healing: Reactivating Your DNA Codes for Ascension & Healing".

Aeoliah describes the intention behind his healing and meditation music; "The music I compose is created to help lift humanity out of denser, mundane consciousness and into more expanded states of harmonic resonance and awareness by opening new sonic dimensions that help to rebalance the chakras & nervous system. The healing and meditation music becomes a sonic tool for self-healing as it assists the listener to make contact with, unite, and merge with their innermost self. This sustained harmonic resonance helps us to shift out of the conditioned torpor of the mundane, and opens us up to a more loving, open, receptive, conscious, and compassionate state of being and self-acceptance. It is through this dynamic interactive process with the music, that the inner self is awakened, and the transformation of healing is initiated." 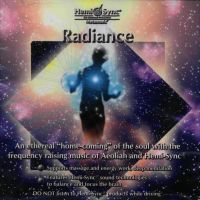 Immerse yourself in an ethereal "home-coming" of the soul with the frequency-raising music of Aeoliah and Hemi-Sync®. Aeoliah is internationally known for his healing and uplifting music that… 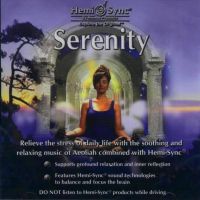 Sit back, close your eyes, and allow this gentle and harmonious interlude to refresh and nurture. Aeoliah has been creating therapeutic music for almost 30 years. This collection of select…